A few years ago I began a series of works based on the stories of the planets and constellations, particularly those which are visible over the Great Lakes in midsummer. All of the images are derived from stories in Greek Mythology, except for Cancer (the Crab) who I have replaced with the Egyptian God Khepri. Khepri, the scarab beetle who managed the eternal rising and falling of the sun, was a symbol of resurrection and transformation, a deity based on the earthly dung beetle rolling its coveted sphere along the same path every day. Being a fan of insects in the first place, when I learned a few years ago that this beetle was navigating using the Milky Way as its guide, I was enthralled. And as I was already engaged in my constellation project, I decided that this small God was far more compelling than the crab who supplanted him by the Greeks so many years later. I must add here that my understanding of Greek and Egyptian theology is minimal, and that my interest in these stories has grief at its source, not history or science. It is simply that these tales have taken poetic hold over me, and have led to an unfolding journey in my work. I have added one character to the constellations: a young child whose grave I encountered while attending an artist’s residency in Vermont. I had come across a small cemetery on one of my breaks from the studio, nearly hidden between a service station and a convenience store. There were headstones dating back to the late 1600s; small family groups, many encircling too many lost infants. Among these late residents, I came across a weather worn marker that displayed only the deeply carved name “Little Hattie” set below a time softened image of a lamb. Little Hattie became an unexpected inspiration for me. Because so many gravestones listed children as belonging to a nearby family, and because there were other “little” someones buried in that yard, I had an inkling of some separate sorrows, and a different kind of kinship for these children. In my mind I began to cast this long ago child, surely an orphan, in the role of a very young slave or servant. I did a number of sketches and small works based on my idea of setting her into the sky as a new constellation, and decided that she should prevail among the particular characters who I watch (or who are watching me) over the bay from July until October. One of these, of course, is the noble dung beetle.

I have set Little Hattie to dwell close to the North Star, so that she can always be seen, and where she will never feel as lonely as I imagined she was in her short life. 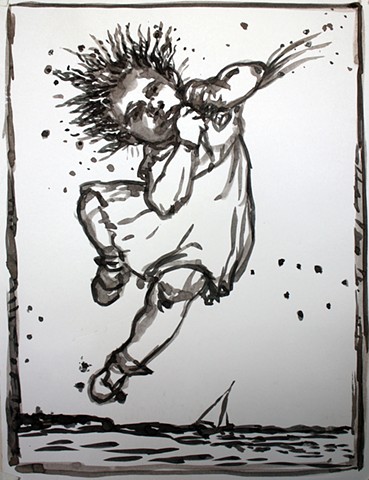 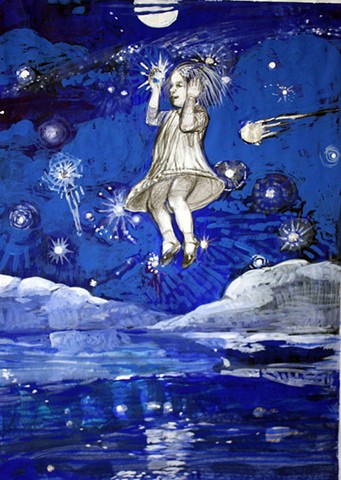 Over Antarctica
Gouache and Acrylic on Paper
7.5 x 10.5 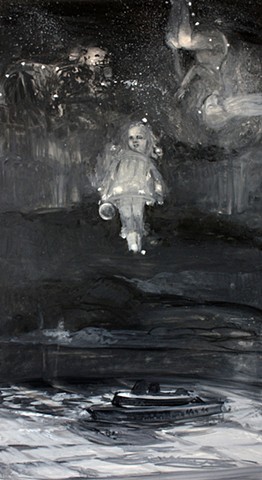 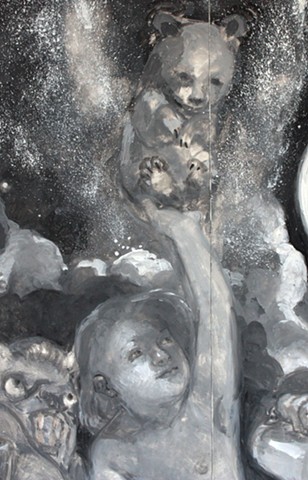 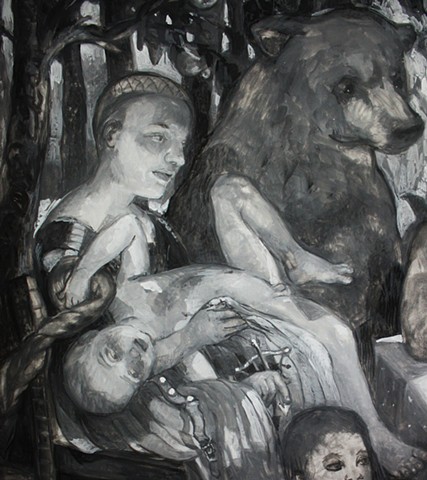 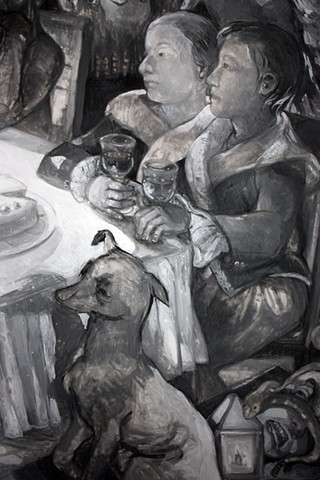 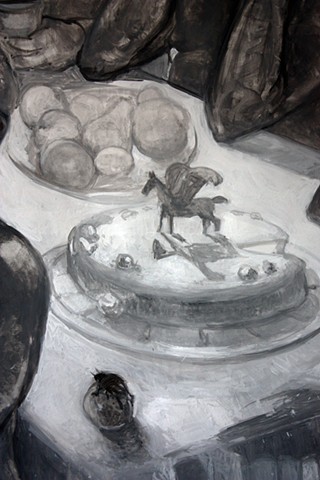 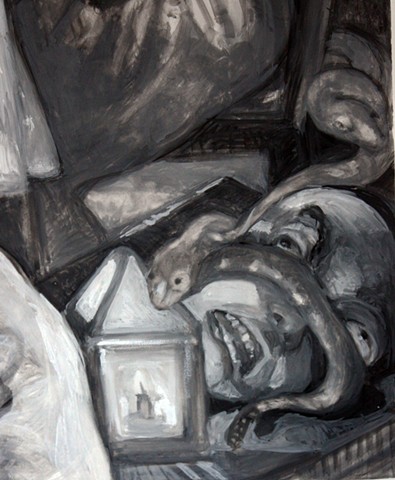 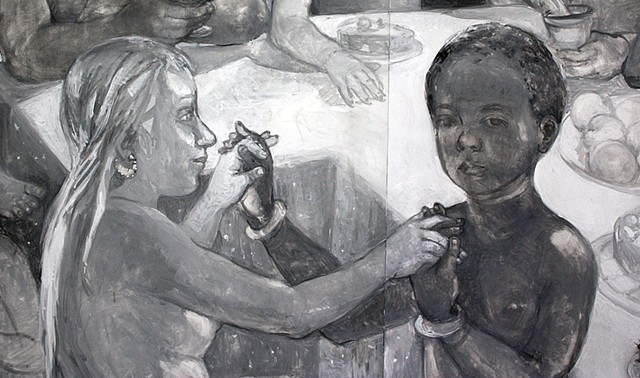 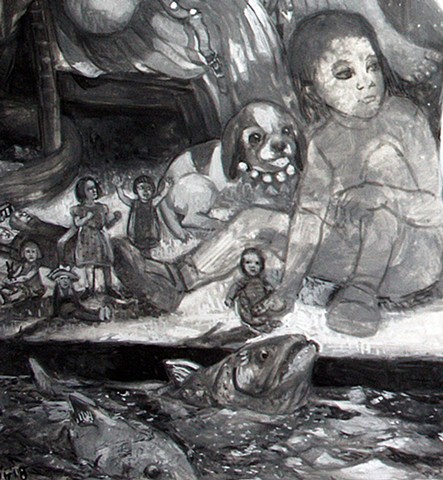 Detail: Little Hattie in "The Banquet of the Constellations"
Gouache 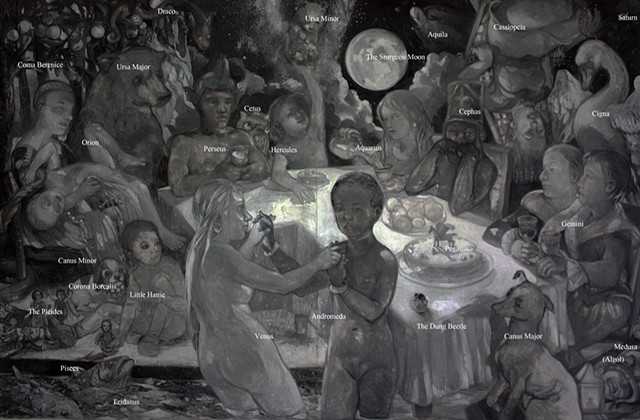 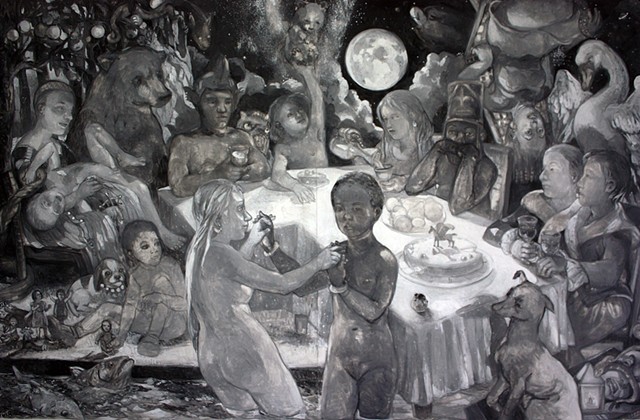 The Banquet of the Constellations
Gouache
40" 60"